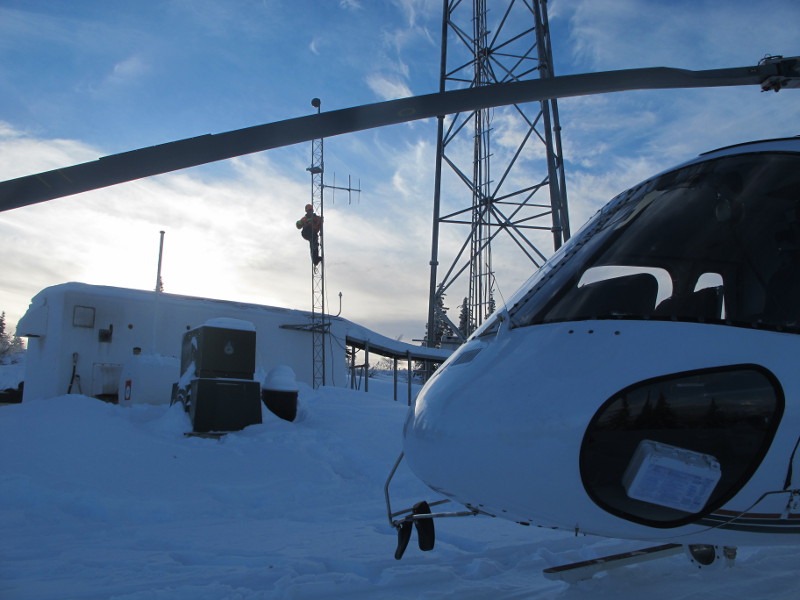 My task today was to connect a communications repeater on top of a mountain in sub-zero temperatures.

The day began with a 20-mile drive along a railway line in a converted four-wheel-drive truck. It was -30 degrees when we arrived at the base and we had to dig our way through the snow into the railway siding to get off the main line.

We then got on our snow machines, but because the snow was so deep and soft, it took several failed attempts to reach the top of the mountain.

The weight of the cargo caused us to sink into the snow and with the windchill temperature now down to -50 degrees, we had to quickly rethink our journey.

We decided to abandon the Ski-Doos – but not hope – and reached the summit in true A-Team style by helicopter.