Don’t stand behind us at check-in 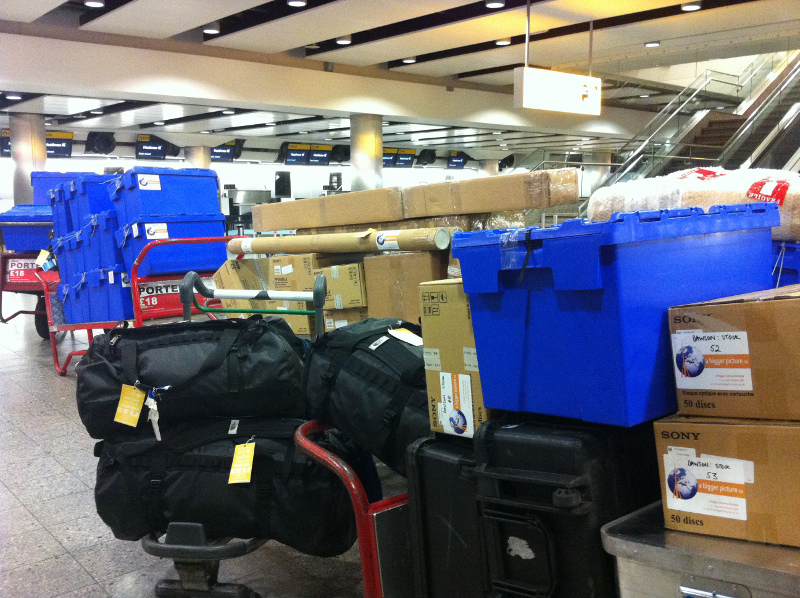 Don’t stand behind us at check-in

Queuing behind a couple with numerous suitcases and endless baggage is one thing, but I can clearly remember the look of terror of those behind us when we set off to the Yukon, Canada.

It was no mean feat to check in 58 flight cases – packed on five skycaps’ trolleys –between just the two of us.  To be fair, the casino online London Air Canada staff were amazingly helpful and were not fazed by the number of cases at all.

It was a different story when we landed in Vancouver though.  We had to catch an internal flight to Whitehorse but were told that the plane wasn’t big enough for our cases.  After an hour of going around in circles, the airline had to agree to send our kit as cargo with another carrier.

Surprisingly, it arrived an hour before we did.

Some 5,000 miles and 20 hours of travelling later, we were reunited with our precious cargo.  And the best part was that we didn’t have to lift a single flight case.